Did the Judge Refuse to Grant Bail?

Below, we break down a list of the top reasons why the judge would deny a person bail.

Have a question?Click here to call us now!

Why Would a Judge Deny a Person Bail?

Although it is somewhat rare, there are a handful of instances in which a judge might not grant someone bail. What are they, you ask? We’re breaking down a few of the top reasons below.

At the end of the day, the takeaway is that it’s always best to treat a judge with respect. We know how frustrating it can be to get arrested and then have to wait for a judge to see you. Our advice? Don’t let it get to you. Instead, respect the judge, be humble, and show as much respect as possible.

Learn more below, and then feel free to get in touch with our team with any questions you have because we’d be happy to help. 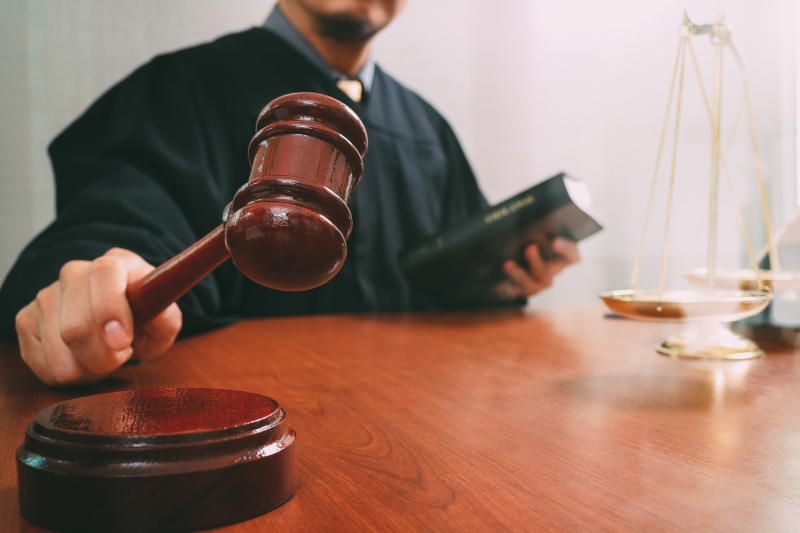 In our previous blog, we detailed four of the most common questions judges ask themselves when deciding whether or not to grant someone bail. The severity of the crime has a lot to with it, as murder or kidnapping will almost certainly cause a judge to deny bail. The judge will also consider whether or not the accused is a flight risk, because someone who is accused of a heinous crime is more likely to try to avoid the trial altogether. Finally, we discussed two other questions a judge might consider regarding safety: “are they a danger to themselves?” and “are they a danger to others?”

That’s not all that a judge has to consider when wondering whether or not someone will be able to use a bail bond service and get out of jail until the court date. While the four questions we mentioned above regard how the accused might deal with society and people, the questions below have to do with how someone who has been arrested has dealt with the legal system. Let’s take a look.

Was The Accused Respectful?

Like we said before, most people are eligible for bail. All they have to do is plead “guilty” or “not guilty” before being allowed to post bail. A judge will approach most arraignments with the default idea of setting bail, but there’s one thing that can change their mind in an instant: disrespect to the court.

Judges have worked hard their entire lives in order to reach the position. They have attained a status that deserves respect, and will respond negatively if disrespected. They also have deep respect for the legal system of which they are a part. If someone is abusive toward the judge or anyone else in the courtroom, it’s not uncommon for a judge to make the last minute decision to deny bail. A person who is belligerent during their time in the courtroom (a time they should be on their best behavior) is kind of tipping their cards as to how they’ll act if released on bail. This is especially true because there are usually quite a few hours between being arrested and the arraignment, time that they should have been cooling down.

Oh, and if the judge hears “if they let me out, I’m not coming back,” that will almost certainly keep the accused in jail!

Were They Already On Probation or Parole?

There’s a reason you’ve heard the phrase “first-time offender.” A person who has never been in trouble with the law before is often given some form of leniency, because everyone makes mistakes and the judge usually isn’t interested in ruining anyone’s life over relatively small matters.

But if someone has already been in trouble with the law and is out on probation, parole, or bail, then the judge is almost certainly going to deny bail this time around. Someone who has been released from jail or prison but has shirked their responsibility to the legal system by getting in trouble again will have a much more difficult time convincing a judge that they should again be released. That’s why it’s always so important to keep your nose clean whenever you’ve paid your bail money or are out on parole/probation.

Are They A Citizen of the United States?

This isn’t a question that comes up as often here on O’ahu as it does in other parts of the country, but it’s certainly something to consider.

When you combine the questions a judge might ask themselves with the four we detailed in this article, you might think that judges would be denying bail left and right. But considering that most crimes for which people are arrested don’t violate the reasons we’ve detailed, judges end up granting bail to the majority of people they see in a day.

We hope that none of the answers to the above questions cause the judge to deny you bail. If a judge has said that you can post bail and get out of jail, we hope you’ll choose Wanna Get Out Bail Bonds as your bail bond company. Give us a call as soon as you can and we’ll make the entire bail bond service as easy as possible.