Everything You Need to Know About How Bail Bonds Work

Not sure how to navigate the process of getting a loved one out of jail? Check out our helpful guide below or contact us today.

You Have Questions, We Have Answers

Let’s be honest — the world of bail bonds isn’t exactly as clear as it ought to be. It can be confusing to figure out what you need to do to get a loved one out of jail. Add in complex terms, hearings, and conditions, and it can get overwhelming pretty quickly.

The good news? At Wanna Get Out Bail Bonds, we are proud to offer the absolute best service on the island of Oahu. No matter what time it is, no matter the specific situation, our goal is to help you navigate a complex process to get your loved one out of jail fast. We even offer the lowest fees on the island — we guarantee it. Check out our helpful guide to understanding bail bonds below or get in touch with our friendly team today to get the help you need. 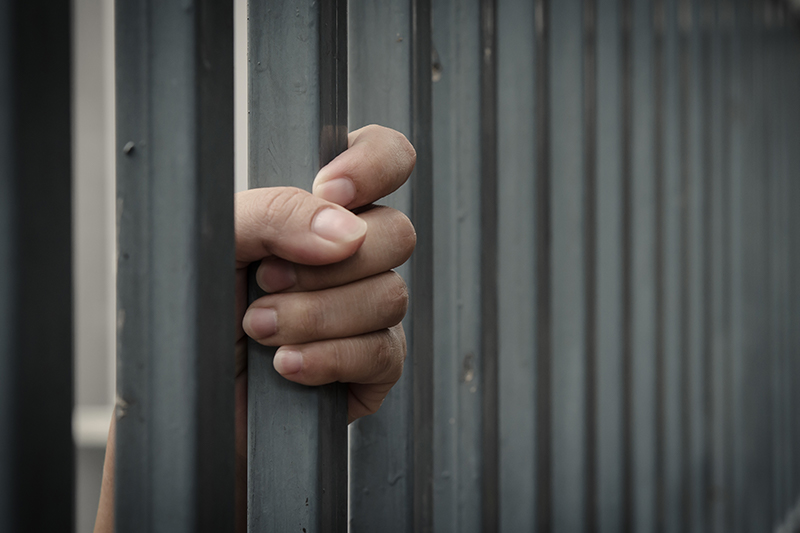 What Makes Us Different?

When you find yourself arrested and charged with a crime, it can be difficult to keep calm and make good choices for yourself. Navigating the corrections system successfully isn’t easy, yet many people make mistakes that can have lasting consequences in the form of self-indictment, misunderstanding their rights, or being unable to take advantage of laws that protect them. But what if there was a way to get help?

Wanna Get Out Bail Bonds on Oahu can’t help with every risk you face when you’re in trouble with the law, but we can help you understand how bail works, and that’s actually a pretty important part of protecting yourself. When you post bail, you can secure a fast release from jail, avoid further questioning without representation, and get home to your life. A bail bondsman can help get you out of jail, and getting out of jail keeps you safe while also allowing you to work on preparing your defense.

In today’s blog, we’ll walk you through the fundamental tenets of how bail bonds work, so you can be better informed should you ever end up charged with a crime and held. To get help or information now for yourself or a loved one, get in touch with Wanna Get Out Bail Bonds online or by calling us at (833) 202-8559.

An essential element of how bail works is understanding what exactly bail is.

In the case that you have been arrested and charged with a crime, law enforcement may detain you in prison until you have either posted bail or a judgment has been passed at your trial. In the case of the latter, you will likely be transferred to the county jail until your court date arrives.

However, there is still the first option: bail. Bail is set by a judge and is essentially an amount of money you are required to pay if you want to avoid waiting in jail for your court date. Bail is not guaranteed. In the case of very serious crimes or in the case that you are considered a serious flight risk, bail may be denied by the judge.

Once bail is paid, you may return to your job, family, and life until your court date. Once you have shown up for court, your bail is usually returned. In some situations, bail may be held until multiple court appearances, community service, or other conditions are met.

What is a Bail Bond?

Once the bail amount has been set, there are a couple of ways that you can go about handling your situation.

You could pay the entire bail amount yourself. In a perfect world, everyone would have the resources to be able to do this for themselves — at the very least everyone would have a friend or family member who could help cover the costs. However, given that bail can range from a relatively small amount to quite a large sum depending on what you are charged with and some other considerations by the judge, most people cannot afford to cover their bail amount.

That brings us to your second option: a bail bond. A bail bond is an agreement between you and a bond agent that in exchange for the bond agent paying your bail amount you, or a cosigner, will pay a predetermined fee and provide collateral in case you don’t show up for your court date.

Working with a professional bail bondsman provides a number of benefits, including avoiding having a large sum of money tied up in the courts for an undetermined amount of time, getting you out of jail fast, and providing you with a professional who knows the corrections system inside and out.

How Much Does Bail Cost?

There is no pre-set amount for bail, although sometimes an experienced bail bondsman or lawyer can give you a ballpark number. However, the Eighth Amendment of the U.S. Constitution states, “Excessive bail shall not be required, nor excessive fines imposed, nor cruel and unusual punishments inflicted.” In some cases, a judge may even allow your release on your own recognizance — your promise to show up for your own court date. This option is all but exclusively used for first-time offenders of minor crimes.

All things aside, bail could be as low as a couple of thousand dollars or as high as hundreds of thousands of dollars. Your previous criminal record, the crimes you have been accused of, your flight risk, and a few other factors all go into a judge’s considerations for what amount to set your bail at.

How Can You Get a Bail Bond?

If you have been arrested, it’s important to make sure you make arrangements for posting bail. Typically, you will only get a single phone call after being placed into police custody. With so many things that need to happen, this phone call should almost always be to a friend or family member who can be trusted to handle a few important tasks for you.

Amongst those items, make sure that you have them get in touch with a local bail bondsman. The person reaching out will need to be able to provide the bondsman with some basic information such as your name, where you are being held, and your booking number.

This family member can then make the necessary arrangements with the bail bondsman to get you out of jail fast.

What is a Bail Hearing?

A bail hearing takes place in a situation where your case warrants more focused attention from the court. In the case of very serious crimes, crimes that violate conditions previously mandated by the court, and some other situations, a bail hearing may be set. During a bail hearing you will appear before a judge and your bail will be set.

If a bail hearing is required for your case, you will be unable to leave jail until after the hearing. There is no way around this situation.

What Happens Once Bail Is Paid?

In a perfect world, once your bail has been paid by a loved one or a bail bondsman, you are freed from jail and allowed to leave with your cosigner. However, this isn’t always the case. In some instances, bail can take hours to process. Avoid the following situations to help avoid unnecessary delays.

Don’t work with an inexperienced bail bonds company. Having a local bail bondsman who knows the jails and justice administrators in your area provides for a smoother, faster bail bonds process every time.

Don’t post bail at a jail where the defendant isn’t being held. This is one of the most common mistakes that is made. Make sure that your bail bonds team emphasizes going to the actual location to secure a release.

What Happens if You Fail to Appear For Court?

We only cover this topic to ensure that people have no illusions about how bail bonds work when it comes to a failure to appear for a court date. Remember that it doesn’t matter whether you are innocent or guilty of the crime you have been accused of, appearing in court and presenting a defense is always the right decision and the best way to protect yourself.

However, should you fail to appear for your court date, there are a couple of pretty serious consequences. The first thing that happens is your — or your loved ones’— collateral is confiscated per the terms of the bail bond agreement you made with your bondsman.

More often than not, a bondsman will them be compelled to get you to appear before the court. This can result in measures as drastic as the employment of bounty hunters, who unlike police officers, can cross state lines and do not require a warrant to seek your capture. Once you have been apprehended, you will be returned to the custody of the court to await your trial, something you could have just waited for without forfeiting your collateral.

Whether you want to learn more about how bail bonds work because you or a loved one have been arrested and accused of a crime or simply because you are curious, the people at Wanna Get Out Bail Bonds on Oahu are here to give you the answers you need. Get in touch with us by clicking the image above or by calling our office directly at (833) 202-8559.