Turn To Us When You Need a Bail Bond in Honolulu

Whether you’re a visitor in the city of Honolulu or you’re a permanent resident of Oahu, the truth of the matter is that sometimes bad things can happen when you least expect them to. We don’t say that to scare you, of course, but when it comes right down to it the important thing to remember is that there is always help if you know where to look for it. If you have been arrested — or if you’ve gotten the phone call that a loved one has been arrested — we want you to know that the team at Wanna Get Out Bail Bonds is here to help!

We have been around long enough to have seen it all and that’s why you can count on us to be there for you when you need help the most. No one enjoys being stuck in the middle of a tough situation, but it can make all the difference in the world to know that the people you turn to for help have been there before. When you or a loved one are in need of a bail bond in Honolulu, we want you to know that we happily offer free bond advice to ensure that you make the best decision possible.

Our Team Has Experience

One of the things we’re most proud of is that our team knows just how to deal with the situations that people find themselves in. We truly pride ourselves on being as helpful as possible. When it comes right down to it, we know that what people need the most when they’re in unfamiliar situations is a friendly person who can offer encouragement and advice. We love offering both.

When tensions are running high, it’s a calming presence that can often make the biggest difference. We truly care about our clients and their experiences and we want things to go as smoothly as possible for them. Try to stay calm, and then simply give us a call because we’ll be there to lend a helping hand no matter what’s going on. We believe that regardless of the situation, no one should have to spend any unnecessary time behind bars. After a person is arrested and a bond amount is set, he or she should be released to use his or her time however they see fit.

Whether the arrest is for a DUI or something else entirely, our local bond agency is here to help any time of the day or night. It’s as simple as that. The bail process can be difficult to understand (especially if you’ve never experienced it in the past), but the thing to keep in mind is that we’re always just a quick phone call away. Whether you are facilitating your own release or helping a loved one to get out of jail, we’re the team you can count on to make sure the job gets done the right way the first time. Experience in this industry is key and thankfully we have plenty of it.

What Can You Expect? 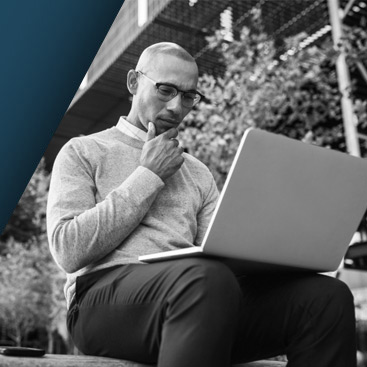 So what can you expect when you call a bail bondsman at WGOBB? That’s a good question. We know all too well the feeling of not knowing what’s around the next corner. Unfortunately for us, our industry is one that has gotten a bad reputation over the years. Thankfully it seems to be a case of a few bad apples ruining the whole thing. The biggest takeaway here is simply that there are good people out there who want to help you through a difficult time. It’s the reason that we opened our doors and it’s the thing that keeps us moving forward.

In this day and age it’s easier than ever to find the best team for the job thanks to the internet. That’s why we’re proud of the reviews we’ve gotten from past clients. Wondering what they have to say? Feel free to do a quick search and see what you can find out about us. Other companies often only share positive reviews on their website in the hopes that they won’t look any further. Unfortunately it’s a tactic that often works and people end up getting deceived into working with a less-than-honest company.

Here’s the good news though: that’s not the case with us. We’re not afraid of what you’ll find out about our team because we have nothing to hide. We genuinely care about each and every one of our clients and at the end of the day we know that this is the thing that sets us apart from others in the industry. We strive to be honest and truthful in everything we do because we know that people turn to us when they need help the most.

In short, when you call us, expect that we’ll do whatever we can to help you. No matter the situation, we’ll offer recommendations and advice that are tailored to suit your specific needs. We mentioned it above, but it bears repeating: we offer free bond advice. In other words, we know that different people have different situations, but we have options designed to work for you.

How does bail work?

To put it as simply as possible, bail is granted after a judge reviews your situation and deems your situation worthy of a release. There are some instances in which a judge will deny bail including if you’re a flight risk, if you have a criminal background, if the nature of the crime demands it, or if you are rude during your hearing.

Once the amount has been set, you can pay it. In many instances, the amount of bail is too high and that’s where your local bondsman comes into play. Although the specifics can vary, a good example is that if your bail amount is set at $50,000, we’ll pay that amount and you pay us a percentage of it. Don’t hesitate to contact us with questions about your situation because we’d be glad to answer them.

One thing to keep in mind is that you don’t have to pay the bail amount if you don’t want to. It’s often the best choice, however, because it means that you can get back to your normal life. Being in jail obviously means that you can’t continue to work, pay bills, or take care of responsibilities so many people will prefer to take advantage of being able to be released.

In the United States people have the right to a fair and speedy trial. Unfortunately it can take quite a while for your trial date to roll around. Being released allows you to prepare for the trial from outside of jail and at your own convenience.

A Quick Overview of the Bail Bonds Process

One of the questions we get asked the most often is “how do bail bonds work?” The answer is that it depends on the specific situation, but generally speaking a judge will set a bail amount depending on a handful of different factors. From there, you are allowed to pay that amount if you’re able; if not, enlisting the help of a bondsman is the way to go.

To give a basic example of how a bail bond works, it’s important to know that in Hawaii the standard for a bond is 10% of the bail amount. If the judge sets bail at $50,000, you would need $5,000 to be released from police custody. From there, your bondsman would take care of the rest. Please keep in mind that there’s nothing that’s absolutely guaranteed to be the case 100% of the time, so if you are in need of a bail bond, give us a call because we’d be glad to answer any questions, go over some specifics, or even offer free bond advice.

WHAT SHOULD YOU EXPECT FROM THE JUSTICE SYSTEM? FIND OUT HERE

We’re Here When You Need a Bail Bond in Honolulu

Finding a bail bond agent can be a tricky process, but at Wanna Get Out Bail Bonds in Honolulu, we are here 24/7. We accept collect calls and offer up to a 20% discount when bonds are paid in full. We also take credits cards and with no collateral needed on most bonds, we ensure that our clients have plenty of options. There’s no interest and we’re also proud to offer flexible payment plans.

In other words, the takeaway here should be that when a loved one is arrested and you want to get them out quickly with the help of a friendly and experienced team, turn to us. It really is as simple as that!

No matter the time of day or night, no matter the situation, we can help. It’s impossible to plan for an emergency, but if you find yourself in the middle of one and you’re not sure what to do next, the team at WGOBB is here to help. You don’t have to go through this alone. We have an experienced understanding of the bail process and that means that your loved one doesn’t have to spend one more minute behind bars than is absolutely necessary.

Our expert bondsmen work with complete and total discretion in order to get the job done and get you or your loved one out of jail. When you’re in need of a helping hand, look no further than our team to be there for you when you need help the most. You need someone you can count on and we believe that we're the best option.